A young man imbued with superpowers must fight to save the world from the man he once thought was his father. The latest from Platz (Sir Coffin Graves Book 1, 2015) picks up right here the previous book left off: young Collin Graves, formerly a furniture store worker and part-time gravedigger, has had his world shattered by a series of revelations and tragedies. His lifelong nanny, Sylvanna, abruptly leaves him; Henry Davis, the man he once thought was his father, is revealed as Lord Harod Dunraven, the powerful lieutenant of a being named Dymortis, who’s bent on world domination; Jill, a young woman Collin cared for, mysteriously dies; Collin’s friend Patrick is abducted and tortured by Dunraven’s henchmen, the Regulators; and Collin himself is approached by a group calling itself the Challengers that tells him he’s actually the last surviving leader of an ancient bloodline of supernatural beings named Soulmadds, who are intent on thwarting the plans of Dunraven and Dymortis. Under the tutelage of the various remaining Soulmadds (including Sylvanna), Collin starts to master the supernatural powers that he’s begun to manifest, and he learns more about the mission of the Challengers and their allied groups, such as the grass-roots movement of the Fosai. All of them are dedicated to serving God and defeating the designs of the “Adversary,” furthering the well-crafted Christian allegory of the series. As in the previous novel, Platz here presents a thoroughly constructed and often quite exciting fantasy scenario full of high-stakes plot twists, vivid characters, and some well-timed comic relief amid all the end-of-the-world drama. Most of the Challengers feel like types rather than individuals, but Collin himself fascinates more with every chapter, constantly confronted with new information about both himself and the world, frequently forced to adapt his beliefs while trying to maintain some level of sanity. Platz continues to do a first-rate job of crafting a gripping fantasy series that can appeal equally to religious and nonreligious lovers of the genre. A highly charged fantasy tale about God-chosen warriors fighting evil forces intent on destruction. 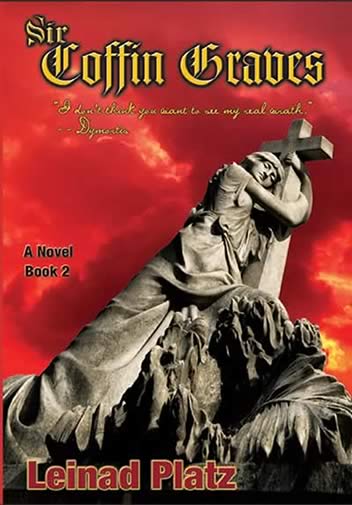 Everything Jacob Davis thought was true has been a lie, including his own name. Now going by his real birth name, Collin Graves is forced to take on the man he thought was his father, battle soulless creatures beyond the scope of horror, and challenge the ultimate demon who is out to literally destroy the world. Read More.