Review: Secrets of the Tree House by Leinad Platz

Secrets of the Tree House by Leinad Platz is an absorbing thriller where a small Wisconsin community is brought to face deep and disturbing truths. An entertaining, fast-paced mystery with dark undertones and streaks of spirituality, the novel is both chilling and emotionally gripping.

The story walks the line between adult fiction and YA, masterfully weaving Dustin’s teen perspective with the hard facts of crime investigation, but also with the presence of older characters who help Dustin find his way through a series of traumatic events. In this sense, the book is also a coming-of-age novel, subtly describing the shift that brings a boy to quickly become a man when confronted with overwhelming pain.

Father Douglas is a respected and generous member of the community, and his son Dustin’s one certainty in life. Dustin remembers as if it were yesterday when his father built him the tree house in the garden, a symbol of his father’s unconditional love for him, and a welcome hiding place from the outside world, especially from Dustin’s mother.

Although she would do all the things that Dustin thought normal for a mother to do – taking care of the house, cooking him meals, washing his clothes – he could feel an inexplicable coldness emanating from her, and a deep-rooted, though well-disguised, indifference towards her son. When Dustin’s only friend Jimmy shows up announced in his tree house and claims to have killed a man, an unstoppable mechanism of tragic events is triggered into action, revealing the tightly knit series of crimes, mysteries, and abuse tying Dustin’s family and the whole town together.

With the spiritual guidance of his father and help from the community, Dustin plays an important role in bringing the terrible truth to light. While the evil plot that Dustin and Jimmy help thwart infuses morbid details into the story, Dustin’s father’s teachings provide a strong thread of faith throughout the book. Dustin’s own faith has less to do with a distant, all-knowing God than with the people who love him and want to help him – a network of visions, symbols, and divine interventions that spur him on and support him in his darkest moments, for a multilayered view of how spirituality can permeate every facet of one’s life.

The shifting point of view between Dustin and Jimmy avoids giving the impression of an omniscient narrator by always remaining in first person, allowing the reader to experience the story first-hand and have access to their most private and personal thoughts. With Dustin’s spontaneous voice, and the intricate web of stories and feelings from the grown-up world, the story is alternatively complex and refreshing, comforting and gruesome. Platz’s fast-paced writing style, conveying Dustin’s reticence about the unfolding revelations, gives the story great emotional resonance, with his visions both relevant to the plot and symbolic of the deep changes he’s undergoing.

"An entertaining, fast-paced mystery with dark undertones and streaks of spirituality, Secrets of the Tree House is both chilling and emotionally gripping. With Dustin’s spontaneous voice, and the intricate web of stories and feelings from the grown-up world, the story is alternately complex and refreshing, comforting and gruesome. Concise and powerful, with surprises throughout, the novel inhabits an elegant limbo between reality and spirituality, with a thriller narrative that delivers emotional heft within the enigmatic structure of a noir." 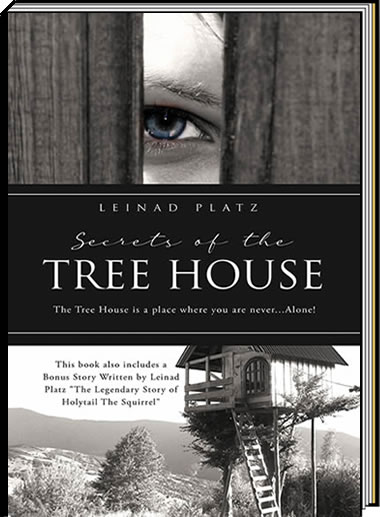 Secrets of the Tree House

The life of 15-Year-Old Dustin Douglas changes horribly when his best friend Jimmy Becker confesses of murdering an old man -- and then is accused of killing a classmate. As he tries to help his friend, Dustin's world gets upended when a local girl is murdered. His Father -- the well-liked Pastor -- is arrested for her death, and Dustin's mother decides to sell the Family home.
Read More.